This week’s card, The High Priestess, is represented in The Mythic Tarot as Persephone, daughter of Demeter, the Earth Mother, and wife of Hades, Lord of the Underworld. Persephone is the Guardian of the Secrets of the Underworld, and is a conduit between both worlds. Although she knows the secrets of fate, she can only hint at them to those in the world of the living, for she also understands that the barrier to the future – and to the land of spirits – is one that should not be crossed.

That being said, coming so close to seeing the future and what it could hold is part of the attraction of Tarot! A huge part of my spiritual journey has been reading the excellent posts on Biddy Tarot. One in particular has deep resonance this week: an article by one of Biddy’s Endorsed Readers, Sherry, called “Meeting Your Guides.” Now, I admit that I was skeptical! So much that I actually found myself rolling my eyes as I read. Her meditation involves visualizing walking down a flight of stairs, then up another, where you come to a door and ask your “guide” to reveal themselves on the other side when you open the door. “Come on,” I said. But I read on, as Sherry explained that your main guide is that voice in your head that keeps you on track – for me, it’s the one that gently psssts “the laundry’s been ready for the dryer for a while!” and “do you think it’s time to start making supper?” but also “did you leave your wallet at the grocery store? Quick, go back!!” and so on!

So, I was game. As I lay in bed feeding Iris that evening, I decided to try it out: I closed my eyes, breathed deeply, and started walking down a set of stairs. I noticed the stairs were covered with thin, shabby grey carpet, the kind that frays at the edges, with stiff, ripply threads that rock to pull on when you’re a kid! I digress. I kept descending, and started to wonder how the heck long I was supposed to walk down for! Then I saw the bottom, a rich, reddish wood plank floor. And here is where something started happening!

As I started up the next flight, my surroundings began changing, constantly and rapidly, flashing around me like a music video! The stairs I was on flipped in rapid succession through what felt like every set of stairs I’d ever been on, from places I’d lived to placed I’d visited, inside and outside, all over the world! My heart started racing as the vivid images gave way to darkness, and I could see the door: I had hoped for a nice warm wood door, to match the floor between the staircases, but no: all I could see of the door was the bright green electricity coursing around it, jagged and foreboding! I was scared!

Coming up to the door, it felt like a close-up in a video game, as I saw my hand reach out and close around the black, iron handle. I pushed it open, and was plunged into darkness: if I was scared before, I was darn terrified now. I had been watching lots of supernatural horror movies in the days preceding, so I thought “oh great, I’m going to get a freaky ghost lady!!” And then I remembered, I hadn’t even asked the question outside the door! Nuts! So, through my fear and ready for whoever showed up, I asked into the darkness: “uhh..guide? Show yourself!”

Immediately, the image of a statue of a Greek goddess, reclining, flashed into my mind. Blackness again, and then, the name “Persephone.” And that was it! 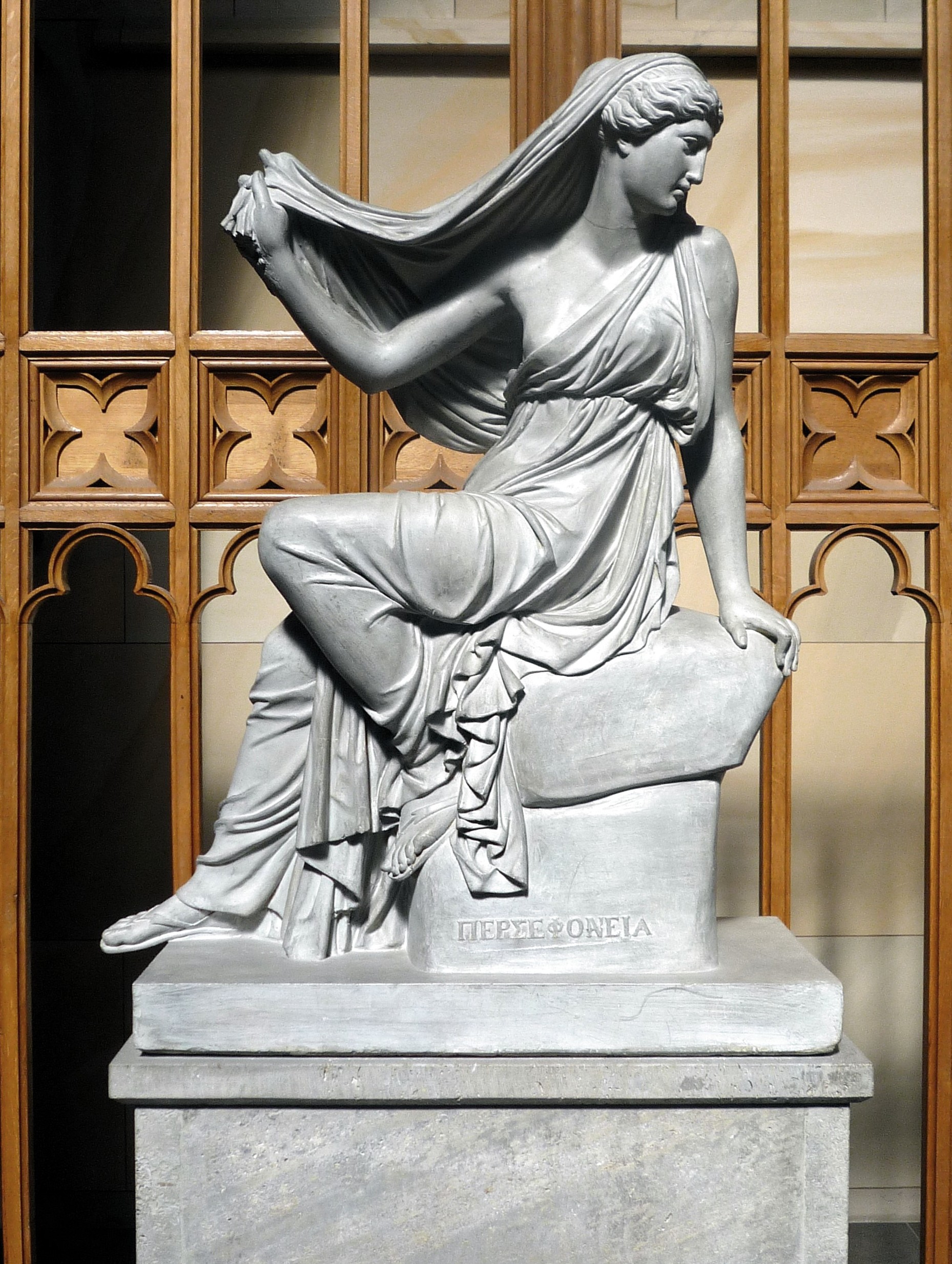 As I lay there afterwards, calming down from the anxiety and excitement of how well Sherry’s visualization/meditation had worked, I started to reflect on Persephone and how she relates to me. The most stunning connection I made was this: I feel very superstitious about crows and their groupings, and whenever I see them (even before this) I take a second to reflect on the message that seems to be trying to come in. Persephone rules the Underworld and crows are often associated with ominous things like that! Wowwww!!!! That my guide appeared as someone from Greek mythology also deeply resonates with me, as that has always been a major subject of interest for me. I traveled to Greece with my Daddy as a teenager! And the symbol of the pomegranate is a neat afterthought, because as a kid when pomegranates blew up as a trendy thing to eat, I was all over them! Juice, fruit, I’d take it. All of it!!! But there’s another pomegranate connection: I had a pretty serious obsession with Tudor history as a preteen/teenager, in particular Henry VIII and his wives, and especially Catherine of Aragon – whose crest was the pomegranate!

Image of Catherine of Aragon via Historum.com

I could go on all day about connections I’ve made to this topic, but I won’t! If anybody gets a chance to try Sherry’s visualization exercise to meet your guide, I’d love to hear what you come up with!